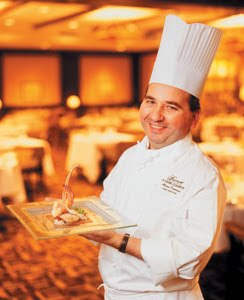 On a recent trip to Canada, I became acquainted with a meal called The Plated Breakfast. A curiously described meal, and yet aptly named because it is clearly distinguished from the from the Stand and & Go Breakfast offered at, let’s say a Starbucks, the daily At My Desk Yogurt & Granola Bar Breakfast, and of course, the Drive Thru Because You’re Late For Work Breakfast.
The Plated Breakfast, at least as presented by the Fairmount Queen Elizabeth Hotel in Montreal, marked the start of each day at the conference I was attending. The food was of superior quality, yet the ambience was pure stereotype business meeting. A congregate meal at the ubiquitous round table in the impersonal hotel conference room. The table held a vast array of plates, glasses, and cups accompanied by multiple forks, spoons, knives, and assorted serving pieces.
But on the second day of the conference, The Plated Breakfast became a singular event. That particular morning was distinguished by the corrective actions of our waitperson, who quite reminded me of my stern and imperious third-grade teacher, Mrs. McNulty. Visualize, if you will, a round table with seating for ten. Each place setting consisted of a bread plate and butter knife, two forks, two spoons, a knife, a cup and saucer, a water glass, a juice glass, a folded napkin. Adding to the visual spectacle, were a pair of plastic sunglasses and a neatly folded eyeglass cloth tucked into its plastic holder; a cleverly presented invitation to next year’s conference being held in Orlando, Florida.
My friend Sally and I arrived at a table where four places were already occupied. We took chairs across from our fellow conference goers, smiled, introduced ourselves, and sat down. The problem began when I reached for the coffee pot in the center of the table and made ready for the initial pour of the day. Which cup was mine?
I looked across the table and tried to see which direction our table partners had started. I tried counting the place settings between us. To the right. To the left. I couldn’t calculate, so I gave it a lucky guess. I poured, then reached for the bagels and cream cheese and claimed the bread and butter plate on my left. As we chatted, our waitperson arrived with the plate of breakfast. Wow! Elegance! A scoop of scrambled eggs comfortably seated in a pastry shell, flanked by tiny rounds of uniformly browned potatoes, accompanied by 2 slices of perfectly crisped Canadian bacon.
“Non,” said our waitperson. She then proceeded to rearrange my plates and glasses and shift my tableware. “The plate goes here. The knife and fork here.” I cowered back in chair at a clear disadvantage in this assault on my place setting. “I need this space,” she decreed like a general taking command of the battleground. Suddenly, everyone at the table who had been looking forward to what was obviously and an epicurean breakfast was thrown into disorientation. Was this my cup? No – because this is your water glass over here. No – I already drank from that one there.
Within moments that seemed as hours, I had a plated breakfast before me and all the plates, utensils, cups, and glasses on either side of me and across the table were now completely rearranged. Our waitperson smiled at me indulgently, “Bon. Merci,” she declared and hurried off to pick up the next plates in her arsenal of breakfast. I looked down at my plate fearing which fork to pick up. “It’s OK,” Sally reassured “She’s gone now. You can eat.”
The conference I attended was the Society of Research Administrators. I learned a lot those three days about research planning, leadership, and ensuring the responsible conduct of research. But nothing I learned that week in Montreal would be as enduring as positioning yourself for the correct placement of A Plated Breakfast.
Posted by DakotaDiner at 11:00 AM